First, Do No Harm—Michigan State University Sued for Actions of Physician Larry Nassar 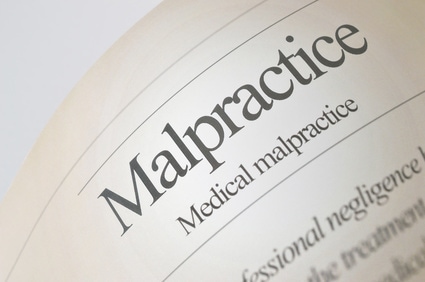 In January 2018, 156 women gave testimony during the sentencing hearing of convicted sex offender and former physician at Michigan State University (MSU), Larry Nassar.  Now, 140 of these women have complained in federal court that, as his employer, MSU bears legal responsibility for their injuries.

Although he still faces sentencing in another case, Larry Nassar has already been sentenced to the equivalent of life in prison. Despite those cases, the full story of how he was allowed to abuse women and girls for so long is not yet known.

In 2014, MSU investigated sexual assault allegations made by a recent graduate of the school.  MSU ultimately denied the allegations and did not refer the claim for criminal charges because it said the woman did not understand the difference between sexual assault and a medical procedure.

MSU allegedly has a history of erratic actions taken after allegations of sexual assault are made on its campus. Although MSU denied the allegations made against Nassar in 2014, the investigating body suggested new treatment protocols should include the need for chaperones during treatment and gaining informed consent for treatments provided by Nassar. However, the school did not enforce the new guidelines and Nassar continued to abuse girls and women in his care.

As we discussed earlier, informed consent requires that your physician ensures you understand a potential medical procedure, what it entails and why it is needed.  Informed consent documents used for invasive or surgical procedures should detail risks, potential side effects, and possible alternatives to the treatment.

In 2017, as Nassar was initially charged with sexual assault, MSU formally altered its practice protocols.  Among other changes, the new procedures require physicians to provide information and patients to sign informed consent documents before vaginal or rectal examination or treatment.  In media reports, MSU notes the changes were made to ensure continuing medical malpractice coverage from its insurers.

As Nassar was sentenced to up to 175 years in prison, MSU moved in federal court in Grand Rapids, Michigan to dismiss lawsuits against it based on a variety of defenses—including that the allegations were not reported to the University. At the same time, a special prosecutor gave MSU a February deadline for producing records related to three associates of Nassar at MSU, who may have aided his long tenure of abuse at MSU. Nassar is awaiting a third criminal sentence on charges of sexual abuse from women and girls he assaulted while working as a sports doctor for an elite Michigan gymnastics club.  The number of individuals who allege Nassar assaulted them has already risen from 156 to 265.

In time, the story of how Nassar operated and who helped him will be known.  In the meantime, the case drives home the importance of informed consent and the necessity for you to understand procedures being performed on you, or your children, and not trustingly assume that “doctor knows best.”

Baltimore Medical Malpractice Attorneys Fight for Compensation on Your Behalf

Schochor and Staton, P.A. delivers aggressive, strategic legal representation to clients in Baltimore, Maryland and Washington, DC who have been injured through medical malpractice. Call 410-234-1000 or contact us to set up a free appointment to answer your questions and discuss your case.