*Does not maintain an office in the state.

Josh Kahn specializes in tort law with an emphasis on cases involving catastrophic personal injuries. Prior to joining Schochor & Staton in 2022, Josh practiced as a civil defense attorney for over a decade, primarily at a preeminent Maryland law firm in downtown Baltimore where he was elected partner in 2020. Josh’s prior practice focused on defending clients in catastrophic injury and wrongful death cases, mass tort litigation, as well as class action and qui tam cases pending in state and federal courts in Maryland, D.C., and beyond. Josh’s deep knowledge of the defense playbook gives him unique perspective and insight into each case.

With every client, Josh’s priority is to achieve the best result as efficiently as possible. He is laser-focused on synthesizing complex issues into straightforward analyses that allow his clients to make informed decisions for themselves and their loved ones. Josh’s success on behalf of his clients has earned him recognition as a Maryland Super Lawyers “Rising Star” each year since 2015.

Josh is co-chair of the American Bar Association’s Mass Torts Subcommittee on Multi-District Litigation and Class Procedures. He also serves on the Judicial Selections Committee of the Bar Association of Baltimore City and on the board of directors of Capital Camps (a local Jewish summer camp).

Josh enjoys spending time with his wife, twin sons and Airedale terrier, Scout, in and around Baltimore and the Maryland/Delaware shore. He is an avid (though not very good) golfer. 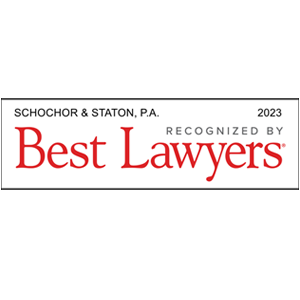