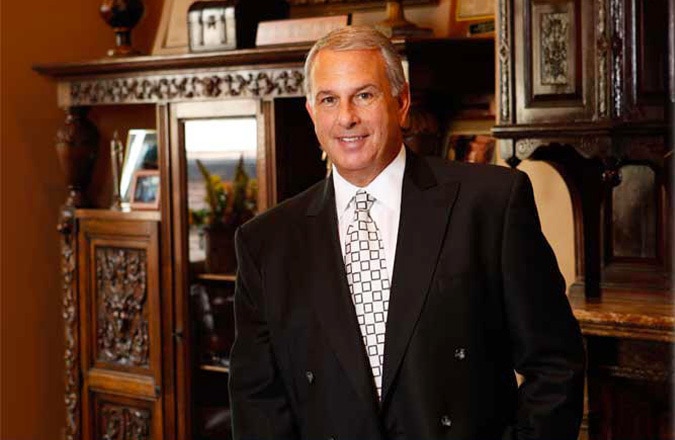 For over 25 years, Dr. Nikita Levy was a respected gynecologist practicing at Johns Hopkins Hospital. But then, in early 2013, a female technician in his office noticed some odd behavior on Dr. Levy’s part, which she reported to her superiors.

From there, things happened quickly. Hospital security investigated and confronted Dr. Levy in his office, leading them to believe he had been surreptitiously photographing patients in compromising and embarrassing situations. Johns Hopkins  then contacted the Baltimore police.

What the investigation eventually revealed was that Dr. Levy, using special camera-equipped pens, key fobs and other recording devices, had taken pictures and videos of—at a minimum—hundreds of women and at least 62 under-aged girls during exams without their knowledge.

Investigators found over a thousand images on various computers and devices owned by Dr. Levy. There may have been many more that were never discovered. And although no conclusive evidence was found, it is possible that he later shared some or all of these images on the Internet, again without the knowledge or consent of the victims.

Dr. Levy was fired by the Hopkins Health System on February 8, 2013. A hospital statement at the time said he was escorted off the premises and was told to seek counseling. Then, just ten days later, he took his own life.

We at Schochor and Staton, P.A. got involved in the case early—in fact, we were the first firm to file a class action against Johns Hopkins. In that February 22, 2013 filing, our clients alleged that the facility where Dr. Levy practiced:

This, of course, was just the beginning of the process. Over the months that followed, the Schochor and Staton, P.A. team conducted extensive interviews with more than 2,000 victims—thousands of interview hours overall. We also consulted with top medical experts in the fields of obstetrics and gynecology, to get a better understanding of normal office procedures, standards of care, conduct, the nature of examinations.

As other victims continued to come forward—some represented by other lawyers—we worked together to have the judge overseeing the case (the honorable Sylvester B. Cox) consolidate the various complaints into a single class action, a procedure known as certification.

On October 30, 2013, Judge Cox conditionally certified the class and ordered the creation of the steering committee made up of the lawyers representing all of the nearly 9,000 victims.

Because Schochor and Staton, P.A. was the first to file a complaint, represented the largest number of individual victims, and based on our years of experience litigating complex medical malpractice cases, our Managing Partner, Jonathan Schochor, was selected to head the steering committee and lead the class action against Johns Hopkins.

Months of additional victim interviews followed, along with intensive research into understanding the nature of the trauma suffered by these victims, and the kinds of support they would need to move on with their lives.

Based on what we were hearing from the victims, we made it a top priority to do all we could to ensure all of the photos Dr. Levy took never became public. On January 30, 2014, we filed a motion to seal the images that had been confiscated by the Baltimore police, and that motion was subsequently granted.

After months of negotiation, on July 21, 2014,  Johns Hopkins Hospital agreed to a $190 million settlement with 8,000 former patients of Dr. Nikita Levy. It is believed this case is the largest settlement in U.S. history involving sexual misconduct by a physician.

As of March 2015, Hopkins has turned over the $190 million to a special Qualified Settlement Fund controlled by the victim’s steering committee, and the process of allocating the damages among the roughly 9,000 victims.

This years-long case attracted much attention from both the media and the general public, not only because of the salacious charges and large settlement, but also because of the sheer volume of lives impacted.

Samples of National News Coverage of the Settlement

Seeking to Serve the Victims, Their Families and Friends