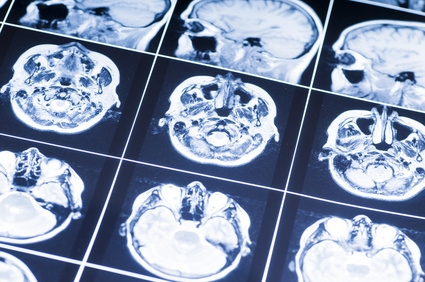 A new report offers information on the injuries suffered by personnel who worked at the US Embassy in Havana, Cuba.

From late 2016 until August, 2017, government workers in Havana began to complain of medical symptoms that could not readily be explained.  According to a recently published report in the Journal of the American Medical Association (JAMA), personnel reported hearing odd sounds of varying intensity, buzzing, and symptoms usually associated with mild traumatic brain injury (TBI), or concussion.

The sounds associated with the injury were widely described as a humming or buzzing.  Some describe pressure associated with the noise as similar to the sound in a moving car when the windows are partially open.  Still other injured workers reported hearing nothing at all.

News of the troubling conditions at the Embassy became a media sensation, with speculation of sonic attack, novel poisons, and biological weaponry.  After the physical conditions were confirmed, the US withdrew most of its personnel from Havana, and initiated a study of affected workers through the University of Pennsylvania Center for Brain Injury and Repair.

During the study, a multidisciplinary team evaluated 21 patients identified as having been exposed to the same “non-natural source.”

Research Identifies Symptoms But Not The Cause

The participants in this research were all evaluated approximately 203 days after they had been exposed in Cuba.  The personnel were assessed with a wide array of standardized measures.  Symptoms still present in a large number of the patients more than three months after exposure include:

Fourteen participants were not able to work during the evaluation period, and seven were gradually able to return to work with certain restrictions, home exercise programs, and “higher-level work-focused cognitive rehabilitation.”

While Cuban investigators suggested the group was suffering from a mass psychogenic illness (MPI), not all of the personnel were in the same location, or even knew each other.  MPI is a type of delusional belief that illness is spreading within a group.

The study does not suggest a cause of the injury, and research and rehabilitation with the personnel continues.  Study authors believe the symptoms more clearly resemble mild traumatic brain injury.  The research found no markers of viral illness or chemical ingestion that would suggest poisoning.  In some cases, personnel developed symptoms within 24 hours of arriving in Havana.

Unlike those who suffer classic minor concussion, the Embassy personnel continued to suffer significant impairment for months until rehabilitative therapies were initiated.  Disturbingly, the final note of the study is that “these individuals appeared to have sustained injury to widespread brain networks without an associated history of head trauma.”

This incident, and the injury, may lead to more findings about conditions capable of causing symptoms of concussion without impact or concussive force.  In the meantime, the US State Department urges American citizens to reconsider travel to Cuba due to the apparently targeted attacks.

The attorneys at Schochor and Staton, P.A. provide comprehensive legal support if you, or a loved one, suffer medical malpractice or negligent injury in Maryland, Washington, D.C., or across the nation.  Contact us or call 410-234-1000 to schedule a free consultation to discuss your injury.