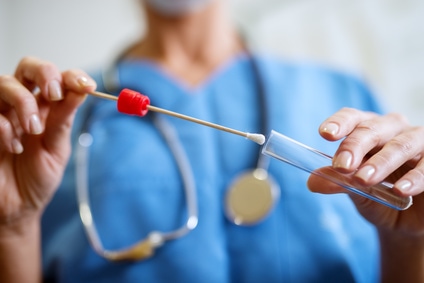 The day after delivering her daughter via emergency cesarean section in September, 2017, tennis star Serena Williams became short of breath in the hospital. Since she had suffered a pulmonary embolism previously, Ms. Williams notified a nurse she needed IV heparin and a CT scan with contrast.  The nurse thought she was suffering from confusion due to pain medication.  Ms. Williams saved her own life.

Due to having suffered a pulmonary embolism in 2012, Ms. Williams knew she was at risk for another.  A pulmonary embolism is a blockage, usually a blood clot, which makes its way through the bloodstream to the lungs where it interrupts blood flow, causing damage and sometimes death.

When she suffered a sudden shortness of breath, Ms. Williams immediately suspected a blood clot.  Because she had given birth, she had stopped taking her prescribed anticoagulant medication.  A CT-scan confirmed her own diagnosis and she was immediately placed on an IV blood thinner, which caused her surgical C-section wound to hemorrhage.  Ms. Williams had a filter surgically inserted into a major vein to prevent blood clots in her legs from traveling to her lungs and she survived.

For seemingly healthy people, the warning signs of a pulmonary embolism may be easy to miss.  An emergency room physician may make the wrong diagnosis.  The Mayo Clinic estimates pulmonary embolism is fatal for one-third of patients who are not properly diagnosed.

Because a pulmonary embolism is caused by a blood clot that usually forms elsewhere in the body, other warning signs of a blood clot include:

In addition to a blood clot, tissue, pieces of a tumor or even bone marrow from a broken long bone can travel through the bloodstream to the lungs.  Risk factors for blood clots or an embolism can include:

Back in competitive shape, Ms. Williams is looking forward to pursuing her career in tennis and as a mom—while staying vigilant about her history of bloody clots.

Washington, D.C. Medical Malpractice Law Firm Helps You When You Are Injured By A Medical Mistake

Schochor and Staton, P.A. has a successful track record of aggressively pursuing compensation on behalf of clients and their families injured by medical malpractice and negligence.  If you are injured by a healthcare provider, call us at 410-234-1000 to set up a free consultation to discuss your injury case.