New Diagnostic Method Detects Sepsis in One Drop of Blood 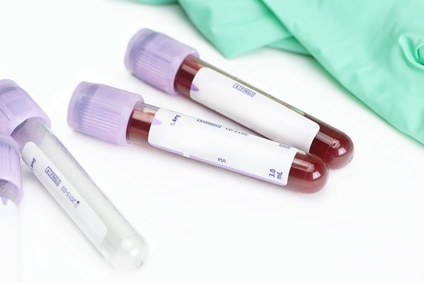 A new device may speed the diagnosis of sepsis and save lives.

According to research from Massachusetts General Hospital (MGH), sepsis affects over one million people per year in the US, and about a quarter of those patients will die.  Sepsis is not a disease, but a reaction by the immune system to an infectious agent.

While the immune system can be triggered into a septic reaction by a number of infections, it more commonly occurs during an infection of the lungs, gut, skin, or kidneys.  A seemingly innocuous scrape on the elbow could lead to a life-threatening case of sepsis if the symptoms are not recognized and treated.

When patients are already suffering from some kind of infection, additional symptoms may not initially cause alarm.  Many victims of sepsis feel like they can “ride it out” and feel better in the morning.  The early symptoms of sepsis can also be misdiagnosed by healthcare providers. Unfortunately, experts say that every hour of delay in receiving an accurate diagnosis increases the likelihood of death by eight percent.

As public health officials work to make sepsis a household world, scientists are aiming at identifying the cause, diagnosis, and treatment of this killer.  In a journal article published in Nature Biomedical Engineering, researchers discussed the development of a “microfluidic device” that may provide real help in early diagnosis of sepsis.

Neutrophils are a type of white blood cell and a big player in the human immune system.  Sepsis occurs when the immune system launches an attack upon the infectious agent which is so overwhelming that the body can be irreversibly damaged.

At the heart of the problem of sepsis is a dysfunction of the immune system.  We talked earlier about a sepsis treatment that might help boost the function of white blood cells during a sepsis attack.  Although we do not yet know why sepsis happens, we do know that loss of function among white blood cells has something to do with it.

To test the device, researchers used blood samples from 23 hospitalized patients in intensive care (ICU).  They later tested another 19 patients from a different ICU. The 5 mm-wide device measures how neutrophils move down maze-like channels.

With enough runs, the researchers were able to create a “Sepsis Score,” that identifies which blood samples are from sepsis patients with an accuracy rate of about 95 percent.

The results of this study underscores the involvement of neutrophils in sepsis, and may be a breakthrough in earlier, accurate diagnosis of sepsis—with a single drop of blood.

From offices in Baltimore and Washington, DC, trusted lawyers at Schochor and Staton, P.A. deliver committed legal representation and advice to clients injured through medical mistake and negligence. Contact us today to schedule a free consultation to discuss your case today.