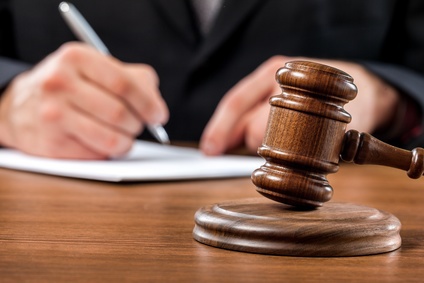 Society has erupted in the past year with the revelations of the #MeToo movement. As women speak up and step out of the shadows about abuses inflicted on them by men across industry, new voices are following—and they are men.

The headlines have been rocked with the revelations of hundreds of women abused by a physician to the US Gymnastics Team and Michigan State University. The perpetrator in that case was handed a jail sentence that ensures he will live out his life behind prison walls.

The Time Line Of Abuse

In 2012, a former Pennsylvania State football coach was sentenced to 30 to 60 years in prison for molestation and sexual abuse of young men who trusted the coach to guide and support them.

In late July, 50 more women filed lawsuits against the University of Southern California. These legal actions join others that accuse the University of failing to protect them from harassment and sexual abuse at the hands of a former gynecologist who had worked for the university for more than three decades.

In early August, former male students at Ohio State spoke up about molestation and assault they suffered from a physician and sports team doctor who worked for the University for the better part of 20 years. So far, approximately 100 men have added their stories to those who broke the silence.

Abuse Of Power And Position Feature Prominently As A Common Theme

The common features of these abuse scandals are professionals who use their position and institutional influence to abuse and sexually assault others.

Our firm has significant experience with such matters achieving a $190 million settlement with the Dr. Nikita Levy case. In every case where medical standard of care or abuse is alleged, it is critical to conduct a thorough investigation. For those who are victimized by physicians, just some of the issues that arise include:

Both women and men often believe, as adults, that they made a mistake that led them to become victims of abuse. The shame is deep when the self-talk involves a belief that a victim “let it happen.”

Notes one victim of the Ohio State coach, “Society teaches you it’s embarrassing to talk about.” In this case, wrestlers voice shame that they simply did not fight back. For men, women, minor or adult, the fault of assault or sexual abuse lies with the perpetrator, not the victim.

The Ohio State physician, Dr. Richard Strauss, took his own life in 2005. Lawsuits and investigations against Ohio State University are in the relatively early stages. No person, adult or minor, deserves to be abused by a physician or trusted institutional employee. As the men who were victimized by Dr. Strauss note, “#UsToo.” If you have questions, please do not hesitate to contact our sexual abuse attorneys.

Excellence In Legal Representation On Medical Malpractice Cases In Baltimore And Washington, D.C.

With more than thirty years of successfully obtaining compensation on behalf of injured clients, Schochor and Staton, P.A. delivers knowledgeable legal service when you are hurt by medical mistake or sexual abuse. Contact us or call 410-234-1000 to speak with our attorneys about your case at no charge.